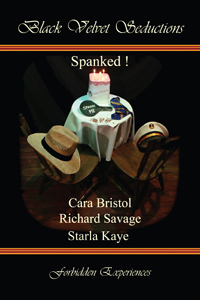 Which appears first when contemplating a new project: A character, the plot and/or the title?
Well, not the title! That’s the hardest part. LOL. My erotic romances are most definitely character-driven. It’s all about the characters, who they are, why they like/love each other, what makes them crazy, etc. BUT, I usually start with a scenario, a  “piece” of plot, and then figure out what kind of character would be involved in something like that.
What’s the hardest part of a novel for you to write: Beginning, middle and/or end? Why?
The middle. Beginnings are super easy for me (I hope I’m not jinxing it by saying so). And I usually know the ending, so the hard part is figuring out how the characters get from the beginning to the end. That’s one reason why I like novellas…there’s not so much middle!
Has your own life influenced your novels? And if so, how?
This is where I hear my husband’s voice saying, “Tell them, it’s fiction!” I think every author is the sum total of her experiences, attitudes, values and beliefs. I write about things that are foreign to me and I write about things that near and dear to my heart.  I have not experienced a ménage in the shower, but my characters have! But in small ways, my characters do reflect my likes and dislikes. I don’t smoke. I’ve never in my life kissed a smoker. When I was single and dating, smoking was a deal-breaker. None of my heroes or heroines smoke cigarettes. A few heroes have smoked cigars, which is sexy in concept, but not so much in real life.
Writing sex scenes can be a challenge for some authors. Do you find it difficult? If yes, how do you compensate? If no, where do you draw your inspiration?
No, it’s not difficult for me. It is challenging to keep it new and exciting (kind of like real life!), but I enjoy writing sex scenes. The inspiration comes from the characters themselves. When they are sincerely attracted to one another, the sexual relationship develops naturally. Often in my writing, sex is metaphor for other issues occurring in the relationship. Sex can express the love the characters have for one another, their power struggles, their confusion. Sex is about more than sex.
Do you have a method you use to write the sensual parts? Do you prefer the sex to be open and bold? Or left to the imagination?
Definitely open and bold.  But it has to happen at the right time for the characters and the story.  Even if sex is wild and graphic, I still want a seduction to occur. The characters need to be enticed into their sexual encounters. Again, the sex develops out of the attraction the characters have for each other.
Are your characters based on people you know? Or are they completely fictitious?
No, they are completely fictitious.  LOL. I wouldn’t dare write about people who might possibly recognize themselves!
Who is your favorite character, which you’ve created? And why?
My favorite character is always the one I’m with at the moment, because she is the one most in my head. So right now that is Emma DuPree, who goes undercover at a secret organization of men who spank their wives to maintain domestic discipline. She’s hot on the tail of a story, but ends up getting her tail warmed up.
Can you tell us about your latest release? Give a synopsis.
Secret Desires is about a woman who loves her boyfriend deeply but is a afraid to marry him because their sex life is boring. He’s in love with her, but also secretly wishes their sex life was more exciting. When he loses patience with her chronic tardiness and spanks her, it unleashes a chain of events neither of them expected. Secret Desires and Intimate Submission are in the Black Velvet Seductions anthology, Spanked!
What’s your newest WIP? And when we can expect a publication date?
I started a series! It’s about the men and women who belong to that secret organization of men who spank their wives. Loving Melania, the first book, is ready to submit to a publisher, and the second one is in the rewriting stage. As soon as I have a publication date, you can bet I’ll be tweeting it and blogging  about it.
How many novels do you have, that are currently published? Please list all the publishers, so the readers can locate you.
I have two novellas, Intimate Submission and Secret Desires, published by Black Velvet Seductions. They are available as individual e-books through BVS and in the anthology Spanked!, which is available in e-book and print format through most major online booksellers.
Where do you see your writing career in the next five to ten years?
The top of the New York Times bestseller list! Wouldn’t that rock the established literary world to have an erotic romance writer on the list! Seriously, I want to develop a backlist, grow my career with a good-sized, established publisher and earn a living at writing erotic romance. 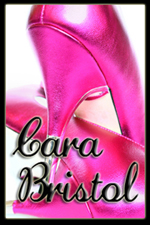