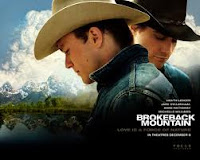 Good evening, sweeties. I've gone back to the basics tonight - jotting down my thoughts, aspirations and those things in life that I'm most passionate about. And this time I'm dissecting the movie industry - Hollywood, Bollywood, BBC 1 or The National Film Board of Canada, whichever country you choose, each has one thing in common. They enjoy testing the waters.
What do you consider acceptable content? Does vulgar language offend? Should sex enter into the equation? How far is too far? Are we being desensitized? For decades now committees, the general public and movie production companies/producers have been at odds, each pushing the boundaries of what should or shouldn't be acceptable content.
My thoughts are private inside my head and how much I wish to absorb can be controlled. My conscience is my safety zone telling me how much will I allow in  and what I'm comfortable with. My eyes can shut it out and my brain can disregard what I don't want to remember...but can it? On a personal note, I can tell you, some of the most disturbing images that I've seen over the years were from movies. I'm not squeamish but like any human I have my limits and there are a handful of movies that you couldn't pay me to watch ever again. Whether it was the actual content or just the visual, something deeply disturbed me and has stuck with me ever since.
My list of movies:
Clockwork Orange... This movie was SNAFU.
The Exorcist... Read the book, which was very interesting and thought what the hey, I'll watch the movie. Ah yep, big mistake. Poor Linda Blair, she was just a child. What were her parents thinking? What was Hollywood thinking? It ruined her and her career. Oh and by the way, in the book, it was a little boy, not a girl. Hollywood thought if they used a girl it would be more acceptable??? WTF!
The Entity... The rape scene did it for me (and I believe it happened in front of the oldest son).

Caligula... Absolutely brutal, nothing tasteful about it.
The Accused... The rape scene was so bad I grit my teeth and walked out of the room cursing.
The Girl With The Dragon Tattoo... Now I know why it's controversial.
Broke Back Mountain... Not so much disturbing, but extremely upsetting. No one deserves to die like that.
Deliverance... Yeah, no comment.

Trainspotting... Anything with children and I go mentally ballistic. My ex insisted we go to the theatre, to watch trainspotting, and within the first five minutes, when Ewan Mc Gregor dove inside this disgusting toilet to retrieve a suppository he dropped, half the audience got up and left. I wanted to do the same, but my ex was an ass.

The Lovely Bones... This movie had me clenching a fist the entire two hours. I didn't realize how deeply it had disturbed me until I went to bed. I dreamt my daughter was buried underground in a field and there I was on my knees, soaked, and frantically digging up the mud yelling for her. The nightmare repeated all night long. I had no choice and finally got up.
Those are the movies that really stand out. Was it because of the images or the fact that the story (content) had an eerily real life ring to it? Either way, these movies did nothing for society - nothing constructive other than shock, disturb and force me to question the director's state of mind and the producers intentions. I wonder if those in the movie industry ever feel guilt when someone with a sick mind copies their ideas...maybe a twinge? Highly doubtful. And of course this brings me to the sexual aspect. I don't mind a hint of sex but again, when has the scene gone to far? I do read the ratings, yes. But sadly, in Canada, our rating system is very lax and movies in the states that are rated R are given as low as 14A and 18A. So you can be duped into believing that a movie has mildly suggestive content when it actually doesn't. And as my daughter pointed out, some countries won't even allow certain movies to play in their theatres.

This weekend I'll be posting some jokes, sex facts and other fun stuff! Happy St. Patrick's Day - did you notice the green??
Happy Yaoi Hunting
Blak Rayne ^_^!!
Posted by Blak Rayne Books Blog at 12:32 AM